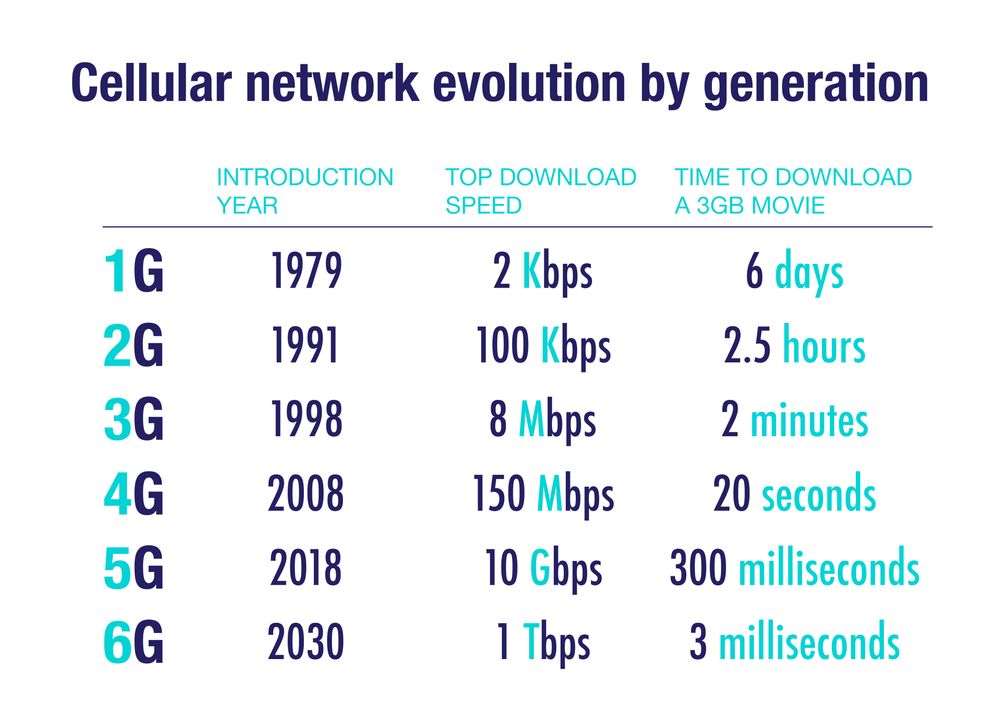 By 2033 2G and 3G will be a thing of the past and the main network will be 5G, to do this the UK Government will invest £50 million to boost innovation and to bring in new telecom’s suppliers. The government has agreed with the UK Mobile Network Operators (MNOs); Vodafone, EE, Virgin Media O2 and Three that 2033 will be the date by which all public 2G and 3G networks in the UK will be switched off.

When will 2G & 3G become inactive?

The second generation of the cellular network, 2G, went live in 1993. It introduced many standardised Global System for Mobile Communications (GSM) technologies and was the basis for today’s more sophisticated 3G and 4G networks. 2G was the first network to allow roaming, transfer data and provide digital-voice audio across its network. The implementation of faster and more efficient 3G and 4G networks has reduced the demand for 2G consumer mobile phone contracts (the key driver of network evolution). Providers have reassessed the need to provide 2G and are gradually decommissioning the 2G network.

Massive Machine Type Communications (mMTC) are the types of applications that do not really require super-fast speeds but need connectivity to everything and everywhere.

Why is 5G the future?

Its speed, low latency and reliability will lead to far more connected devices than before, and far more advanced use cases. Purely in terms of regular smartphone usage, we will all start to consume far more data thanks to 5G.

The plans will free up spectrum; the radio waves used for sending and receiving information to allow for the mass rollout of 5G and other future networks such as 6G which will help create huge possibilities for people’s lives. These technologies will help power driverless vehicles and drones, immersive virtual and augmented reality experiences, as well as innovations in tech to achieve Net Zero and improve healthcare.

Switching off 2G and 3G was inevitable when new technologies are being founded.  The demand for faster connections is on the rise with more people working from home or using the internet whilst commuting. Not only does such a switch-off save money and cut power consumption, but the spectrum can then be re-invented which will help to improve coverage and service speeds for consumers.