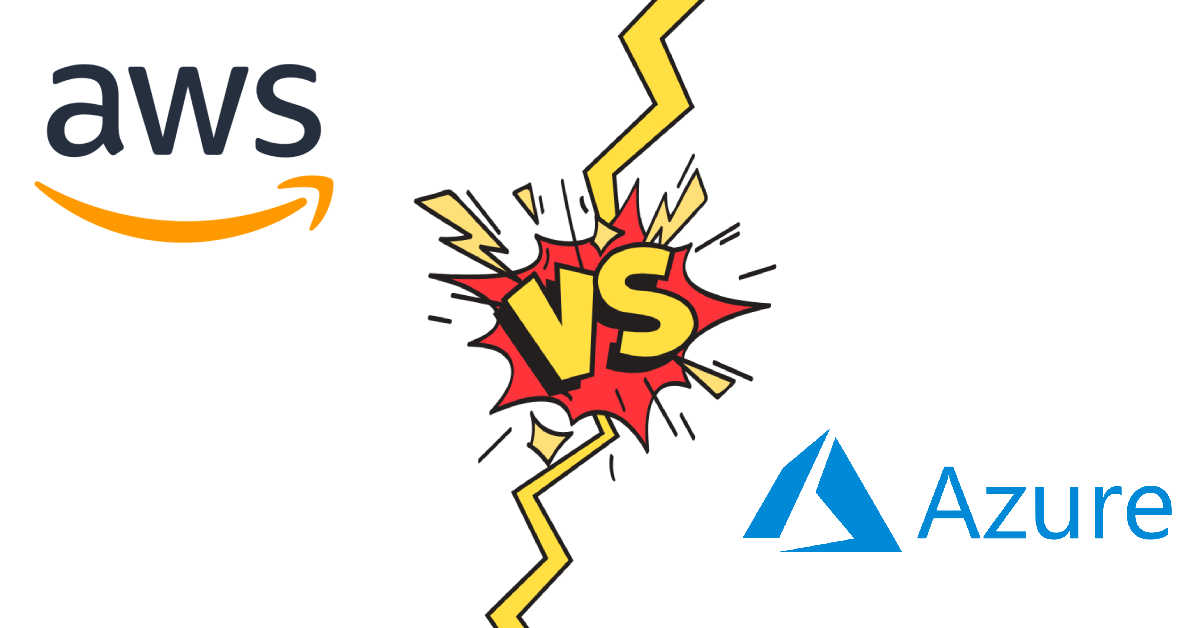 Azure vs. AWS Comparison: Is Azure Really Catching Up?

When comparing the leading cloud providers in terms of market share, Amazon Web Services (AWS) has consistently led the pack, followed by Microsoft Azure. Here we conduct an AWS v’s Azure comparison; providing you with key considerations when it comes cloud.  So, who is the leader now?

While revenue continues to grow, AWS’ rate of growth is diminishing over time; read on to find out why this may be.

Microsoft only shows Azure revenue growth by percentage, as opposed to AWS who reports in dollars. In addition, Microsoft combines their revenue from Azure Cloud with other services under the heading “Intelligent Cloud” (which includes revenues from SQL Server, Windows Server, Enterprise Services, and others.).  It is therefore difficult to find the revenue specific to Azure due the addition services, and as a result makes it impossible to compare like-for-like.

Given the differing reporting methods of AWS and Microsoft it is impossible to compare a like-for-like of AWS vs Azure market share. However, based on the data we do have, we can make the following comments:

We can also look at analyses provided by credible third-party research firms. Recent data from Synergy Research Group indicates that “Amazon and Microsoft continue to account for over half of the worldwide market, with Amazon market share remaining at its long-standing mark of around 33%, while Microsoft’s share was over 18%.”

We can conclude that AWS is still clearly the market leader. While they do not double the market share of other cloud providers as they had in the past, it is primarily because other players, such as Google Cloud Platform, Alibaba, Oracle Cloud Infrastructure, and others.

Is AWS better than Azure?

Given the outline above, are you left wondering, is one cloud provider better than another? When choosing the right cloud provider for your business, market share should not be the deciding factor. There are several factors to consider, and ultimately, the choice will depend on each organisation’s unique needs. If you should consider all pro’s and con’s before considering which multi-cloud approach to take.

We would recommend you compare the different services offered by each cloud provider including the cost, performance, operations, and security benefits and ascertain which aligns best with you.

Do you want to find which platform would work best for your business? Please get in touch.